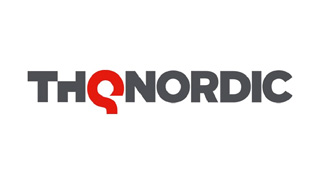 THQ has returned to the world of gaming thanks to Nordic Games rebranding itself.

When THQ went bankrupt, it seemed like the end of a long-lived, well-known publisher. But apparently it wasn't, as THQ has risen from the ashes. Well, sort of.

Back in 2013, Nordic Games bought almost all of THQ's IP at the now-defunct company's bankruptcy auction for a cool $4.9 million. About the only titles that Nordic didn't end up with were Homeworld (went to Gearbox) and Drawn to Life (went to 505 Games). Nordic acquired over 150 individual titles with its successful bid. A little over a year later, Nordic acquired the THQ trademark as well, which allowed them to publish games under the THQ name.

Today, the company has gone a step further, completely reincorporating itself as THQ Nordic. In the press release announcing the move, the company explained why it was made.

"Whilst we take great pride in our Swedish roots and accomplished a great deal under the Nordic Games masthead, we decided it was time to incorporate the THQ name. Those key brands will continue to shape our business in a meaningful way going forward, and THQ Nordic represents a core approach of doing much more than "owning" a highly competitive portfolio of IPs. We cherish them, and align them with the very best development resources to expand upon them with the level of experience that communities and established fan bases expect and deserve."

THQ Nordic says it has 23 game projects currently in development, of which 13 have not been publicly announced. It also says that "The majority of these projects are based on former THQ owned IPs and franchises." The company has already re-released some former THQ titles, including Darksiders 2 Deathinitive Edition and the Red Faction Collection.

THQ Nordic will be exhibiting at Gamescom next week, but there's no word on whether or not any of those unannounced IPs will be shown off there.