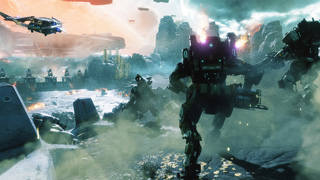 Although there is a Titanfall 2 tech test coming soon, it's not coming to your PC.

If you're hoping to get a chance to try out the Titanfall 2 multiplayer tech test on your PC, we've got some bad news for you. Respawn announced today that the test won't be available on PC.

In a blog post on the game's official site, Respawn CEO Vince Zampella announced the news, saying that there are "Two big issues," causing the company to skip the PC: "hardware variety & 'min spec' optimization." Zampella went on to say,

"We're still making a lot of tweaks and changes to the renderer, the game, and effects so we haven't run the game through the hardware compatibility lab yet to detect and handle a large variety of hardware - video cards, CPUs etc. Quite frankly, we aren't ready to deal with that yet, we are still making the game better. We also haven't done enough work to fully support our 'Min Spec' on PC yet. So, currently the PC game isn't as easy to throw out for testing as the console is, because of the additional variables and configurations that we need to support"

While those reasons would have been enough, he also said that there is a secondary consideration: secrecy. Zampella says that the developer is worried that PC players might dig up more info than Respawn wants them to have. He said, "Because the single player story has some wonderful secrets that we really want to preserve for launch, we also have to worry about leaks. Our wonderfully curious PC players have proven in the past that they will dig out anything they can, and there's a risk that they could spoil some of our single player."

Zampella said that the studio isn't worried about the state of the PC version. "Rest assured we're confident in our ability to deliver a great PC experience for launch. We appreciate your understanding, and we look forward to seeing everyone on The Frontier this October."

This will certainly be a disappointment to PC fans who wanted to see how the upcoming shooter would run on their machines, and it's also a cautionary note for the PC version itself. As the tech test isn't coming to PCs, we have to hope that the fixes that are gleaned for consoles will carry over to the PC version.