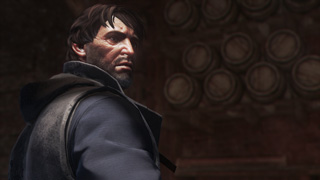 These new screens for Dishonored 2 show off environments, powers, and more.

Bethesda has released a dozen screenshots and three pieces of concept art for Dishonored 2 at Gamescom this week. Some of the screens look to be those released earlier in the month, but many are new.

Dishonored 2 returns you to the Empire of the Isles, but instead of Dunwall, the majority of the game will take place in the coastal city of Karnaca. You can choose to play as dishonored protagonist Corvo Attano, or as deposed Empress Emily Kaldwin. No matter which character you choose, you'll be able to choose your path to restoring Emily to the throne.

And yes, it's still possible to finish the game without killing anyone.

Dishonored 2 is scheduled to launch on November 11 for PC, PS4 and Xbox One.