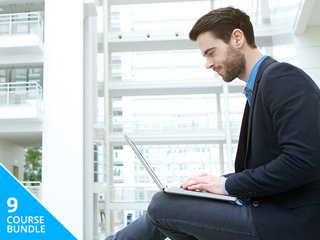 Want to get paid to breach cyber security systems? Penetration testing and ethical hacking are sought-after skills that big companies are always looking for. And we've got everything you need to master them and launch a lucrative new career. Pay what you want for the Ethical Hacker & Pentester Pro bundle at Escapist Deals.

Beat the average price and you'll get all nine courses in the bundle, totaling 148+ hours of training in Python, Linux, Django, Haskell, and more. You'll master the must-know methods and attacks used by black-hat hackers so you can beat them at their own game. Learn how to monitor and secure networks, how to perform open port scanning, the basics of hardware hacking, and more.

Pay below the average price and you'll get training in Go Lang, Google's open source programming language, and Scala, an object oriented language. Both are a great first language to learn, making it easier to learn others.