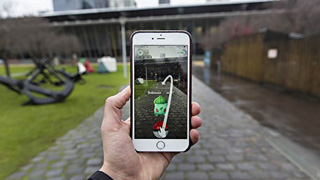 Another lawsuit has been filed against Niantic, and this one is seeking payouts for property owners annoyed by Pokemon GO players.

Recently a French mayor demanded that Niantic remove the Pokemon from his town. Today, there's another strange story. A Detroit couple has filed a class action lawsuit in federal court against Niantic, Nintendo, and The Pokemon Company. The couple, Scott and Jayme Dodich, say they have spent weeks being besieged by Pokemon GO players.

This is due to the location of the couple's house, which is across the street from Detroit's Wahby Park. The park is a Poke Gym, and includes at least seven Pokestops as well. According to the Detroit Free Press, the lawsuit says that,

"Nobody gets sleep anymore. How is this acceptable? ... They hang out on our lawns, trample landscaping, look in vehicles ... We don't feel safe ... I don't feel safe sitting on our porch."

As resolution, the suit wants to stop Niantic from placing Pokemon on or near private property unless the company receives the owner's permission to do so. Additionally, it seeks to designate a share of the game's profits to be shared among the residents whose property (according to the suit) contributed to the game's financial success to this point.

There have been other complaints surrounding the game, but as far as I can find, this is the first class action suit filed against the developer. It remains to be seen how a federal court will resolve an issue that involves virtual creatures that have been placed in the real world, but with Pokemon GO having been downloaded over 75 million times (as of July 26), you can bet that this won't be the last, especially if the suit is successful.