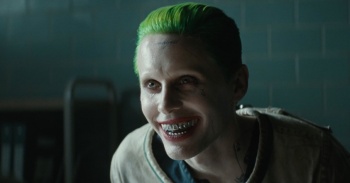 A trio of new wide releases couldn't knock Suicide Squad from its top position at the box office.

As summer winds down, the August box office has been predominently dominated by one film: Suicide Squad. For the third week in a row, the DC Comics film topped the box office, easily overcoming all three of the new wide releases. Dropping only 52.1% - it fell 67.4% the week before - it came away with $20.9 million, and now has a domestic total of over $260 million. Internationally, it's done even better, taking in a foreign gross of $313 million - which makes its worldwide cume just over $575 million. It'll look to finish somewhere close to $650 million, and that's without opening in China - the second biggest market.

In more disappointing box office-related news, none of the three new movies opened anywhere close to what one could declare as "strong." The best was a $14.7 million opening for War Dogs. At a $40 million budget, it might come the closest to making a profit - but it still seems unlikely. The $60 million-budgeted Kubo and the Two Strings made just $12.6 million, the lowest opening for stop-motion studio Laika. All three of the studio's previous movies made it to the $100 million worldwide total, but Kubo is going to struggle to get there.

The new remake of Ben-Hur might wind up being the biggest bomb of the summer, taking in only $11.2 million in its opening weekend. With a $100 million budget - before marketing - it's going to lose a lot of money for Paramount, which has had a series of disappointments in 2016. Nobody asked for another Ben-Hur, and it turns out that very few people went to see it. (I didn't review it, but I did see it. It's very, very bland, and not worth the time.)