The newest Battleborn hero is live for Season Pass holders, and Gearbox is also teasing the mech-suited 29th hero.

The 28th Battleborn hero is a demolition bird named Ernest, and if you own the Season Pass, you can try him out today.

Ernest has a wide range of support skills to go along with the six-round grenade launcher he's armed with. He can lay down boosts for his teammates, toss sticky charges, or use the detonator to blow up your explosive charges. He can even lat down a grid of explosive mines. You can check out his skills in the video above.

Along with the launch of Ernest, Gearbox is also showing off the first look at the next planned Battleborn hero, Kid Ultra. The 29th hero appears in a mech suit (see the concept art below), and the official description reads, "Evildoers beware! Kid Ultra is on patrol and ready to defend the universe from pesky, star-sucking, interdimensional jackholes. Hardwired to lend a helping hand, Kid Ultra is the pinnacle of support technology, buffing and healing teammates while subduing enemies. Let's just hope this LLC technology is a bit more stable than some other nihilistic robots we know."

Kid Ultra is coming in the "next couple months." You can get all the info over on the game's official site. 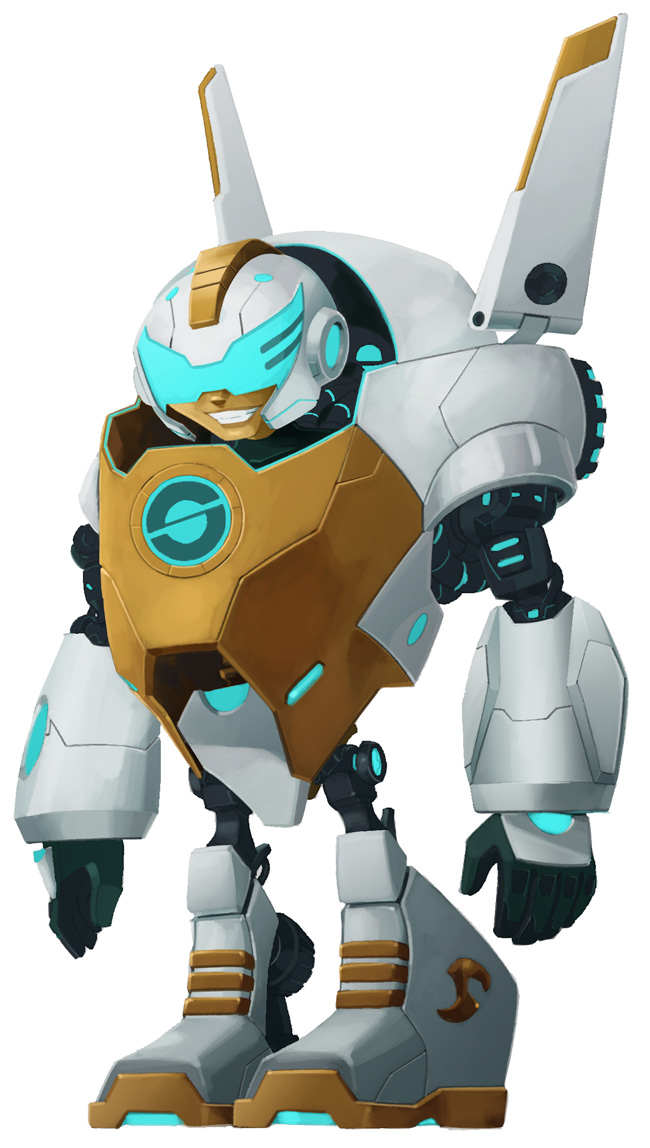