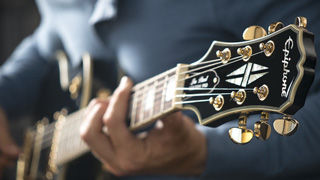 Rocksmith 2014 is coming back in a new remastered version with expanded practice tools and over 50 songs on-disc.

If you always wanted to get in on the music video game genre, but you didn't want to use a goofy plastic instrument, then Rocksmith was the game for you. It used real instruments, and many people used the game to learn to play guitar or bass.

Ubisoft announced today that the guitar-training game will be remastered for PC, PS4, and Xbox One. If you already own the game, you'll get all the new changes in a free patch that will be available on October 4, just like the retail version. There will be six bonus downloadable songs that will be free for new players, and available for purchase to existing owners. Those six songs are:

The remastered version will add updated menus, more stat tracking, a customizable learning curve, and expanded practice tools. You can get a look at the full feature set and all the information on the remaster at the official Rocksmith site.