Squanchtendo's first game will be a "comedy action RPG."

Are you ready to get schwifty? Justin Roliand, creator of hit Adult Swim cartoon Rick and Morty has teamed up with ex-Epic Games developer Tanya Watson to launch a new VR studio: Squanchtendo. Before you ask, Roliand and Watson's new studio is completely seperate from Rick and Morty Simulator, the VR project in the works from Owlchemy Labs.

"I laughed so hard I cried the day I came up with that name," admits Roiland with a giggle. Avid fans will know of Squanchy as the sexually troubled, alcohol loving cat creature from the TV show. In an interview with Gamesindsutry.biz Roliand talks about how he met Watson, and how both of them were so blown away by VR that they decided to form their own studio. We don't really know a lot about their first game, but Watson said "We are currently shopping around a comedy action RPG," that the duo plans to show at PAX this September.

As for all the other particulars, I'll let "Little Splzooshly" explain: 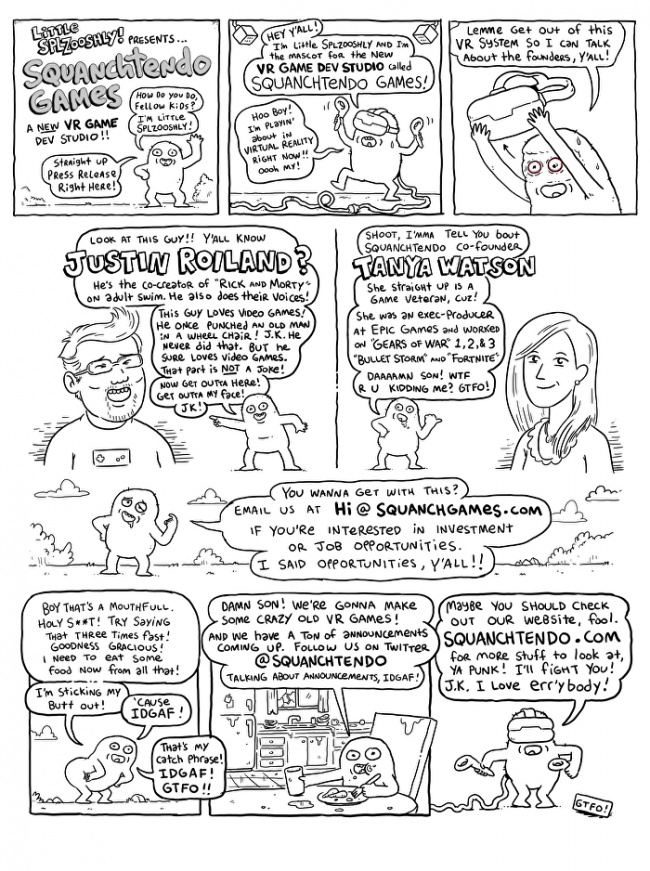