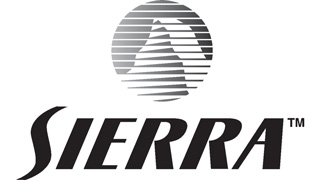 Some of the best games Sierra ever made are now available on Steam, and you can get them through the Humble Bundle for the next two weeks.

If you were playing PC games in the 1990s, you most likely played something that Sierra published. Best known for series like King's Quest and Space Quest, they also had hits with the Leisure Suit Larry series and the original Ultima games. A bunch of classic Sierra games popped up on Steam yesterday, and today they've all been included in the new Humble Sierra Bundle.

The bundle is a pretty solid one, as you'd expect from a company with the catalog that Sierra has. Here's what's included:

Beat the average, and you'll add these games:

Finally, if you pay over $20, you'll get all the episode of the King's Quest reboot developed by The Odd Gentlemen.

As usual, you can choose how your money gets split between Humble, Sierra and The Call of Duty Endowment, a charity that helps unemployed military veterans find jobs.

I thought that adding games like Police Quest and the Gabriel Knight series to Steam now seemed a bit odd, but it looks like it was all part of a well-organized plan. Many of these games have been available on GOG.com for some time, but it's nice to see the classics available on Steam as well.

The Humble Sierra Bundle will be available for the next two weeks.