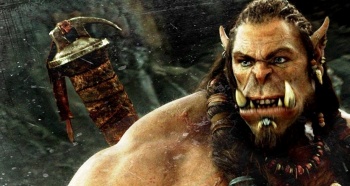 Stop holding your breath: There won't be a Warcraft Director's Cut.

This year's Warcraft movie wasn't exactly an unqualified success, especially in America. It was hit with more than a few negative reviews, and only wound up taking home $47.2 million at the domestic box office. Even many of the people who liked the movie thought it was a bit of a mess, and the news that there was a theoretical director's cut that was 40 minutes longer gave fans hope that we might eventually see that release on home video.

It shouldn't be surprising to learn that this isn't going to happen.

Warcraft is an incredibly effects-heavy film, and the majority of the scenes that wound up on the cutting room floor would have been excised before that effects work being done - that only makes financial sense. You want to have your final cut more or less set before you start putting in the work on the computers to generate your fantasy world. That only makes sense, and it's a sentiment that director Duncan Jones shared with The Thrillist:

There will never be a director's cut. With a film like this, where there are so many visual effects, every concession that you make you lose those shots. They cease to exist because the effects work never gets done.

So, for those hoping for a Kingdom of Heaven-level save for the Warcraft movie: stop. It's not going to happen. The best you can do is hope for a sequel, which may still happen only because the film raked in $386.3 million overseas - $220.8 million of which came from China.

There's speculation that an eventual sequel might not even open in America, although I struggle to believe it wouldn't get some release. It might be a cheaper movie and not feature American actors, but you'll be getting a particular group of people with the Warcraft name alone. It just isn't enough of a crowd to make back $100+ million.