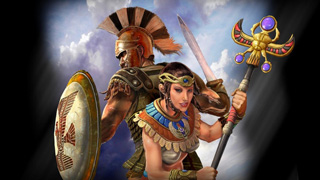 Nordic THQ is rolling out an updated version of Titan Quest to celebrate the game's tenth anniversary, and giving it to owners of the original for free.

If you own Titan Quest or Titan Quest: Immortal Throne on Steam, THQ Nordic has a added a little gift to your Steam Library for you: a reworked version of both games titled Titan Quest: Anniversary Edition.

The new version incorporates roughly 1,261 changes, which represents the sum total of 10 years of changes. You can see all of those changes in the full patch notes, but the big changes include:

If you don't own Titan Quest already, you can grab yourself a copy of the Titan Quest: Anniversary Edition for 75 percent off on Steam and GOG until September 7.