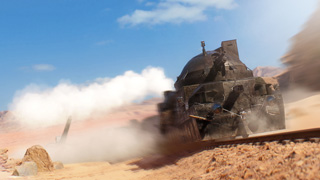 The Battlefield 1 beta kicked off yesterday, but it was plagued by server issues caused by a reported DDoS attack.

The open beta for Battlefield 1 kicked off yesterday, but it ran into some serious server issues. A hacking group has claimed responsibility for the DDoS attack that took down EA's servers for a good part of yesterday.

EA first announced the outage on Twitter around 2:30 PM ET yesterday. It wasn't announced as resolved until after 11:30 PM ET last night.

We were able to access the PC servers this morning with no issues, so it looks like EA has things under control again. As you might expect, players are already asking for the open beta to be extended, even though EA hasn't announced when the beta will end.

If you want to jump into the beta, it's free for everyone right now on PC (Origin), PS4, and Xbox One.