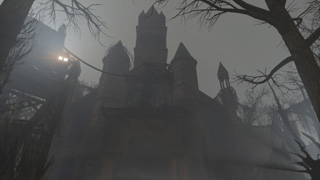 One of the newest mods for Fallout 4 is being developed by the folks at Nvidia.

When it comes to showing off new graphics tech, you can't beat having a new game to use it in. Nvidia is bringing its newest, " super-advanced lighting and shadows" to a brand-new Fallout 4 mod named Vault 1080.

Vault 1080 is being developed in-house at Nvidia as a showcase, and is coming to Bethesda.net tomorrow. It features Vault 1080, which is similar in size and scope to other vaults you've encountered in the Commonwealth. There will be a brand new questline to complete, and plenty of Vault occupants to encounter. Nvidia describes the vault as,

"It's a Fallout vault like you've never seen before. It's certainly taken its toll on its occupants. They've become a congregation that embraces the darkness and sickness, and they've done it - so they believe - to survive. They're not the friendliest bunch. But is the whole thing built on lies? The truth is deep within Vault 1080, through a whole lot of fearful mystery. Find it and decide for yourself whether the monsters deserve their salvation... or not."

Vault 1080 is coming to PC via Bethesda.net tomorrow, September 2.