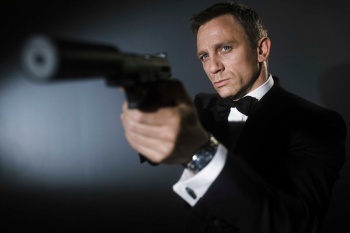 Daniel Craig has made it clear that he doesn't want to play James Bond anymore. Will a ridiculous offer by Sony change his mind?

Update: It appears as though Craig has changed his mind, whether that be thanks to some time off or because of the amount of money he was offered. Speaking at this year's New York Comic Con, Craig said the following (as reported by Vulture):

As far as I'm concerned, I've got the best job in the world. I'll keep doing it as long as I still get a kick out of it. If I were to stop doing it, I would miss it terribly.

We may get more Craig-led Bond films after all.

Original Story: The James Bond franchise has seen its greatest success with Daniel Craig in the leading role. The four films in which he has starred have grossed over $3 billion worldwide, which averages out to just under $800 million per film. As such, it makes sense that Sony would want to procure the services of its leading man for a couple of additional installments.

Craig, meanwhile, has been vocal about wanting nothing more to do with the series. Prior to the release of Spectre, he stated "I'd rather slash my wrists" than play Bond again. However, as reported by Radar, Sony is willing to pay him $150 million to do two more Bond films, which would be shot "virtually back-to-back." That's $75 million per film, which is more than Robert Downey, Jr. makes - at least in base salary - for playing Iron Man.

It remains to be seen whether or not Craig will accept the reported offer. He has said in the past that he could change his mind, and that his negativity was fueled at least in part from burnout right after filming had concluded.

Do you want to see Daniel Craig return for two more Bond films?