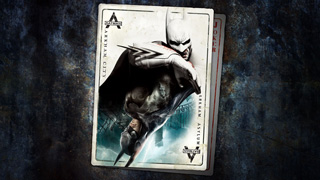 Originally scheduled to launch in July, Batman: Return to Arkham is now launching in October.

When Warner Bros. announced Batman: Return to Arkham in May, fans of the series were looking forward to seeing the collection on the current generation of consoles. The remaster was slated to include Batman: Arkham Asylum and Batman: Arkham City, along with all the DLC for both games.

Unfortunately, the game was delayed in late June, and wasn't given an updated release date, leaving many to wonder just what was going on. Warner Bros has removed any doubts about the future of Batman: Return to Arkham today, as they've announced the remaster will launch in October.

Along side the announcement comes a new trailer that features a side-by-side comparison of the original version of the game and the remaster. The differences in the two versions are pretty evident, especially in the lighting and effects. You can check it out above.

Batman: Return to Arkham is coming to PS4 and Xbox One on October 21.