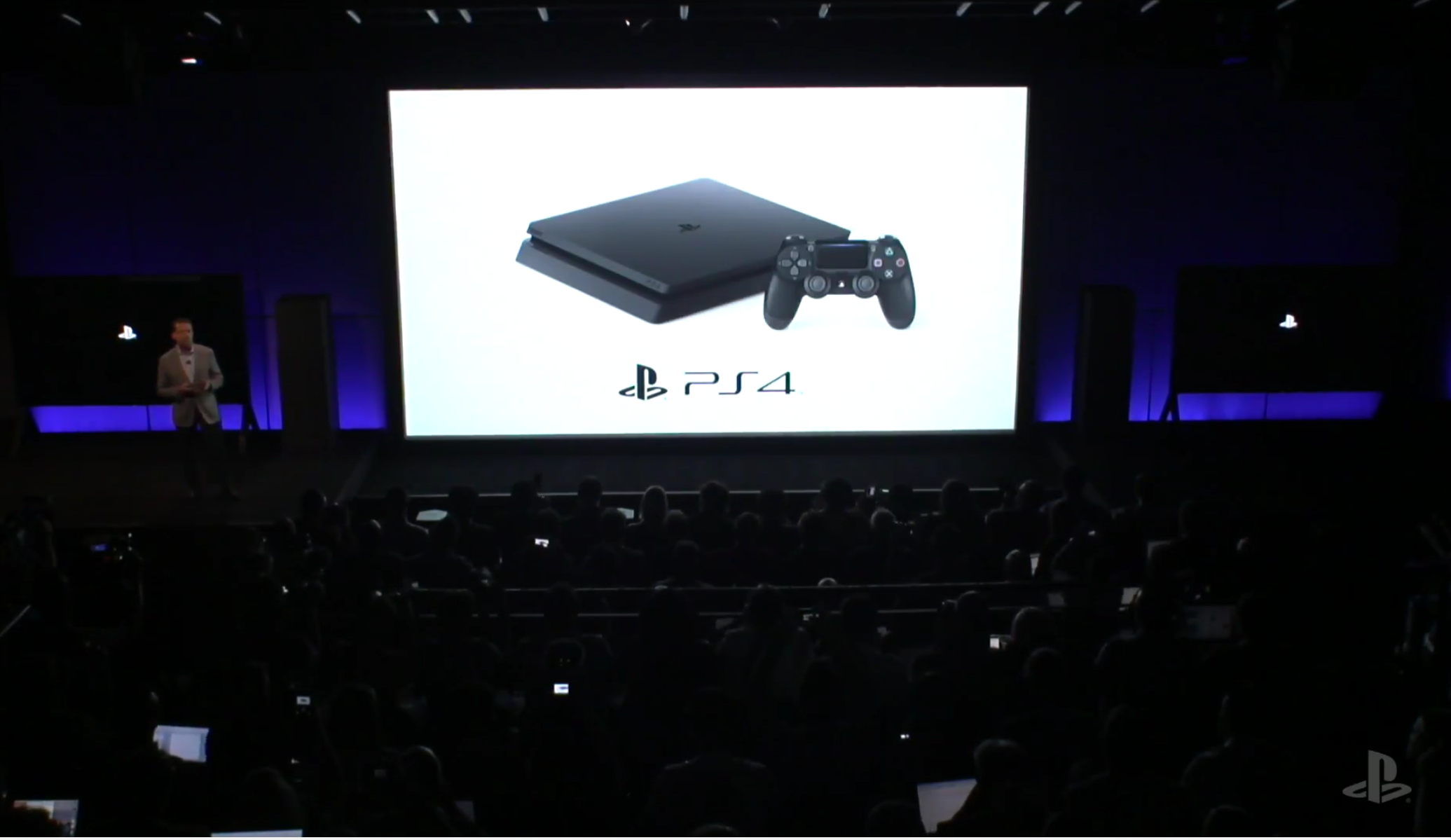 Sony announced during today's PlayStation Meeting that the PlayStation 4 slim, a smaller version of the PS4, will launch next week. The updated system will retail for $299 when it hits shelves on September 15.

The PlayStation 4 Slim will play all existing PS4 games and work similarly to the original console, but will do so while being 30% smaller and representing "new standard moving forward." 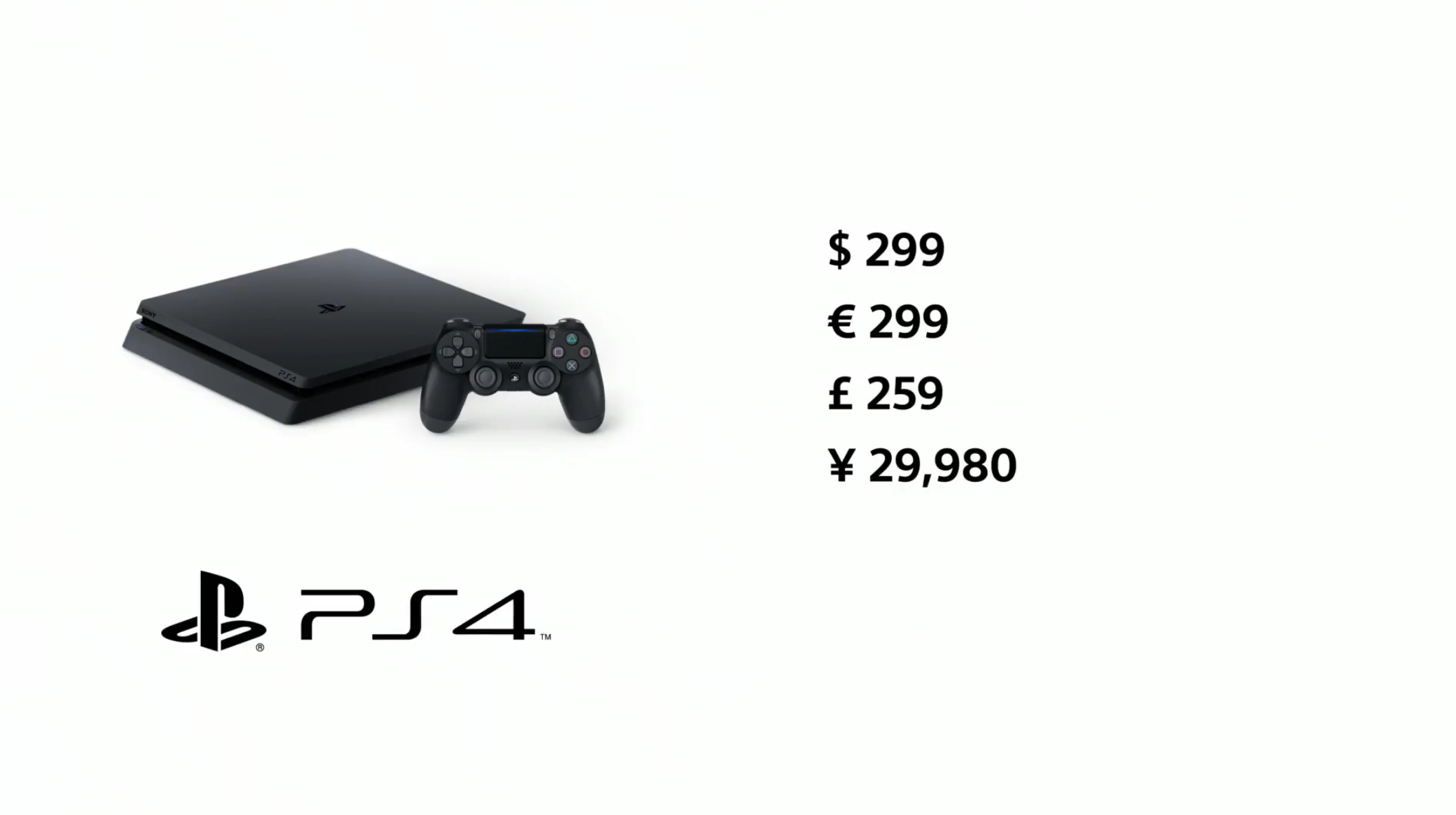