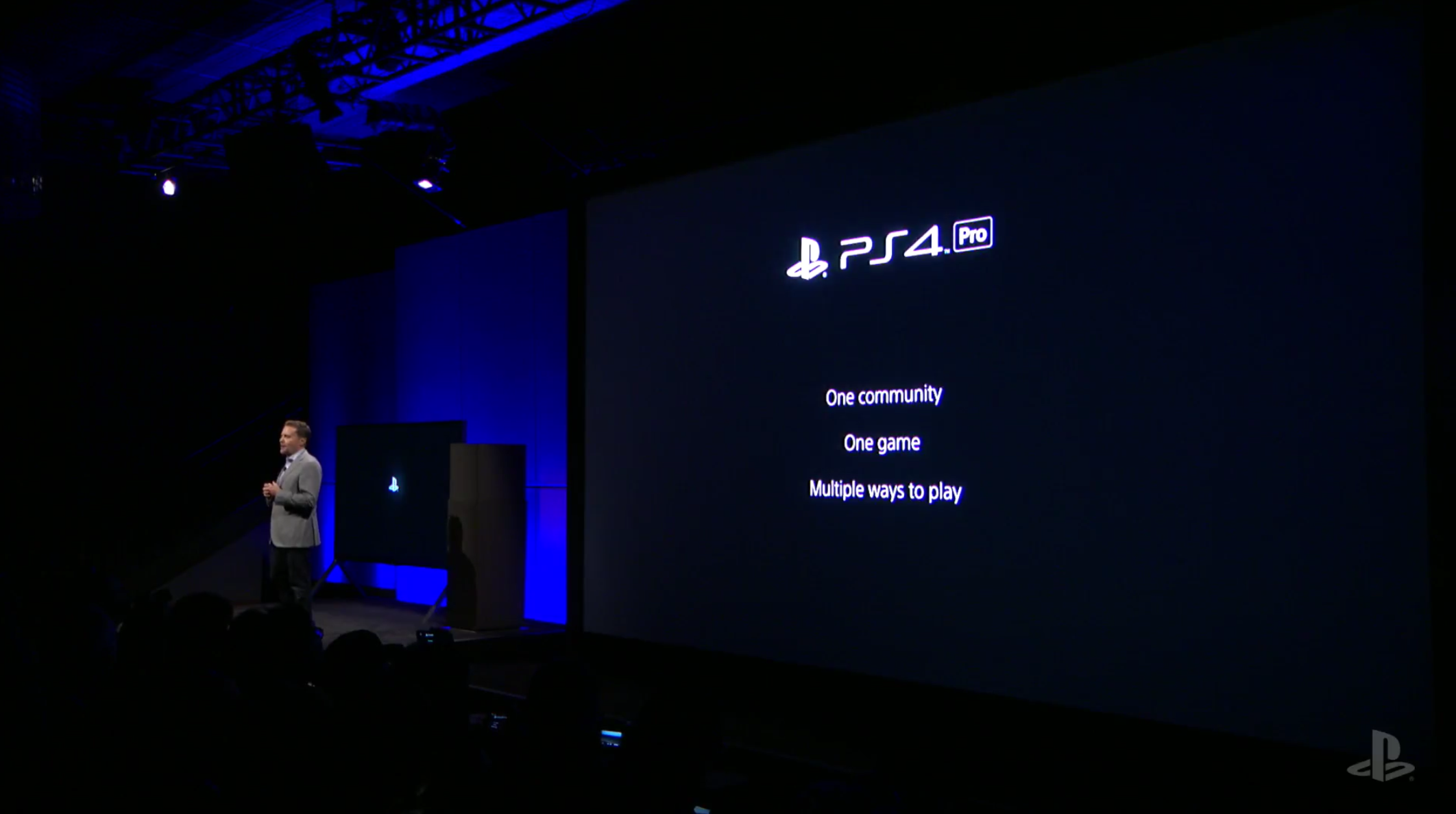 Sony unveiled PlayStation 4 Pro during the company's PlayStation Meeting today. The PlayStation 4 Pro, previously codenamed "Neo, adds a faster processor, improved graphics, and 4K support, with a 1TB hard drive. As previously reported (via leaks and rumors), the new system will be available alongside the standard PlayStation 4, and new games will be playable on the older console.

According to Mark Cerny, chief architect for the PS4, the PS4 Pro is "not intended to blur the line between console generations," but will rather "take the PS4 to extraordinary new levels."

"Some developers are updating previously launched PS4 games to add PS4 Pro support, while other developers are building PS4 Pro support into upcoming releases," wrote Andrew House, President and Global CEO of Sony Interactive Entertainment, on the PlayStation Blog. "At launch, you'll be able to download patches for games - such as Uncharted 4 - which are enhanced when playing on the new console. Future releases that will have PS4 Pro enhancements built-in include Call of Duty: Infinite Warfare, Horizon: Zero Dawn, Mass Effect: Andromeda and Days Gone."

House went on to state that "all PS4 systems are also ready to deliver on the promise of virtual reality with the upcoming launch of PlayStation VR."