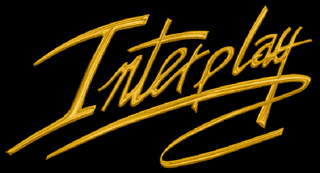 Long-time publisher and developer Interplay is offering its game and intellectual property catalog for sale.

If you played PC games in the 80s and 90s, you know all abnout Interplay. Founded in 1983 with Brian Fargo at its head, the company was responsible for a number of games, including the creation of the original Fallout. It also served a publisher for a number of titles, including Descent and Baldur's Gate.

Since its glory days, the company has been in the news more for lawsuits and bankruptcies than for games. Most notable among those was the long-running lawsuit with Bethesda over the rights to the Fallout series.

Now the company is in the news again, and this time it's because it plans to sell off all of its games, characters, and related intellectual property. The news came in a press release from Wedbush Securities, the company assisting with the sale. Interplay President Eric Caen is quoted in the release as saying,

"Interplay has entertained millions of players with its well-recognized games, including Earthworm Jim, Freespace, Giants, Kingpin, Messiah, MDK, Run Like Hell, Sacrifice, Battlechess, Clayfighter, Dark Alliance, and Descent. As game creators, we are proud of the entertainment these properties have provided over the years. With the proliferation of mobile, augmented reality, virtual reality and other new forms of consumption, we believe that consumers are ready to experience and interact with Interplay's characters, stories and game play in ways never possible before. We look forward to seeing how this unique portfolio of interactive entertainment icons will evolve for the worldwide audience."

It remains to be seen who might pick up some of these titles, but it would be exciting to see some of these classic titles come back. Personally, I would love to see someone pick up Giants: Citizen Kabuto and make a new game in that series.