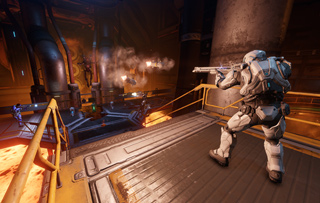 Later this month, Doom will get its third free content update, adding Deathmatch and Private Matches.

Bethesda and id Software have announced that Free Update 3, the next free content update for Doom, is coming later this month. The new update will add both Deathmatch and Private Matches to the game. The official press release describes the update thusly:

"Deathmatch brings free-for-all mayhem to DOOM's fast-paced multiplayer, while Private Matches allow you and your friends to create private multiplayer matches where you select the maps and modes. You'll also be able to adjust settings like the time limit, score limit, or turning demons and power weapon off or on."

Doom is one of the biggest hits of 2016 so far. id's updated take on the classic franchise has received rave reviews, including ours. While there's currently no specific release date for Free Update 3, id plans to show off the gameplay in a Twitch stream next Tuesday, September 13, at 2 PM ET. The press release simply says that the DLC will be "arriving this month."