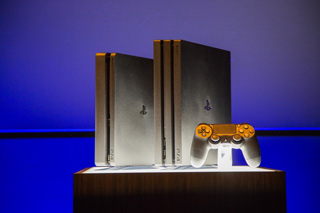 You won't have to pay for game updates that bring 4K and HDR to games on PS4 Pro.

Rumors were swirling early today that Sony might charge players for updates to existing games that add features for the recently-announced PS4 Pro. Fueled by a report translated by Kotaku, Sony was being called out by gamers on social media. Many were saying that this would cause them to not purchase the PS4 Pro.

The translated report quoted Sony Interactive Entertainment Executive Vice President Masayasu Ito. When asked whether 4K and/or HDR patches would be free, Ito supposedly replied that, "it will be different for each title," and that it would depend on "the thinking of each licensee." When asked about first-party games, Ito reportedly said, "I think it will vary for each one of our titles."

Happily, the outcry over PS4 Pro updates has turned out to be for naught. Sony has told Polygon that the company "will not charge consumers for patches." Furthermore, Jack Sipich, founder of developer Absinthe Games, posted on NeoGAF saying that developers "are not allowed to charge you for patches or [PS4 Pro] feature updates," and that "There is nothing we can do to leverage pro features or patches with price. Nothing."

This is good news, especially for Sony, as they had already been hammered on social media today with the uproar over the announcement that the PS4 versions of Skyrim and Fallout 4 will not be getting mod support. It's likely that the issue arose when something was, as they say, "lost in translation."

The PS4 Pro will be a more powerful version of the console, with support for 4K video and HDR lighting, but it won't support 4K UHD Blu-Ray discs. You can get more info here.