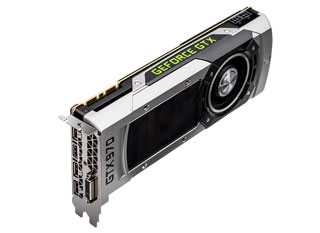 Anyone who purchased a GeForce GTX 970 video card between September 1, 2014 and August 24, 2016 is eligible for a class-action settlement.

If you bought a GeForce GTX 970 anytime between September 1, 2014 and August 24, 2016, you're included in the settlement of a class-action suit against Nvidia. It stems from the memory configuration on the GTX 970, which was advertised as having 4 GB of GDDR5 memory. But 512 MB of that onboard memory was measurably slower than the rest of the RAM. It also turned out that the card had less ROPs and L2 cache than the GTX 980 (It gets a little technical, but if you want to dig deeper, this Anandtech article is good place to start). The short version is that when games used over 3.5GB of RAM, performance slowdowns could happen.

When all this news came to light, it led to a class-action lawsuit being filed against Nvidia. The company has reached a settlement, and under the terms of that settlement, purchasers will receive a $30 refund for each card purchased. This applies to any GTX 970 sold by an authorized retailer in the US between September 1, 2014 and August 24, 2016. It includes cards brand by any of Nvidia's hardware partners. Those would be Gigabyte, Asus, EVGA, Innovision Multimedia, Palit, PC Partner Group, Manli Technology Group, PNY, and Zotac, along with the subsidiaries of each.

You can submit a claim for every qualifying card you bought, but you'll need proof of purchase for each on. You need to have your claim submitted by November 30, 2016. If you want to opt out and retain your right to sue, you need to do that by Nov. 8.

You can get all the info on the claim and settlement by visiting the claim website. To jump right to filing your claim, you can use this link.

The settlement is still subject to a final approval hearing, which is set to take place on December 7.