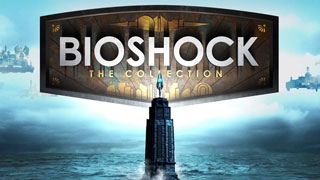 Bioshock: The Collection isn't streamable on consoles, and 2K hasn't said why.

Bioshock: The Collection launched on Tuesday, and if you picked up a copy and tried to stream it from your PS4 or Xbox One, you quickly found that you couldn't. We've seen games block the streaming of impactful cutscenes in the past, but I've never heard of blocking an entire game.

It's even worse because this isn't a new game, but a remaster of a trilogy that's been available for years. People who are watching streams of Bioshock: The Collection are probably doing so to see just how good the remaster looks before they throw down the cash to buy it themselves. It's not like the majority of them don't know all the twists already.

There's a post on the 2K support site that addresses the issue. It reads, "Unfortunately, streaming BioShock: The Collection isn't an option right now. We will update this article should this situation change."

Obviously, this is unfortunate, and there's no way to know if or when this might get resolved. We've reached out to 2K to see if they can offer more information, and we will update this post with any reply we receive. Until then, you'll have to use capture card software if you want to stream Bioshock: The Collection on console.