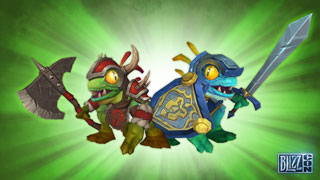 Blizzard's showing off the in-game goodies included with the Blizzcon 2016 Virtual Ticket.

Every year, Blizzard offers fans at Blizzcon a grab bag of goodies, and they offer a similar virtual bag of in-game items to those who can't make the trip , but choose to purchase a Virtual Ticket. Today, Blizzard has offered up a sneak peek of what's included in those bags, or at least they're showing off the in-game items you'll receive.

Here's the list of stuff that you'll be flaunting in-game once Blizzcon gets here:

You can check out what all the goodies look like below. If you want to grab your Virtual Ticket, you can do that on the official Blizzcon 2016 site.