The end of the long-running partnership between Fantasy Flight and Games Workshop means some beloved board games will no longer be sold come February.

If you're a serious board gamer, you are probably at least passingly familiar with Fantasy Flight Games. Well known for making high quality games across a number of genres, Fantasy Flight has enjoyed a partnership with Games Workshop for the past eight years. In that time, they made a number of popular board and card games. Unfortunately, their partnership is coming to an end.

The announcement actually came a little over a week ago. In a post on their website, Fantasy Flight said,

"Games Workshop has been a fantastic partner for the past eight years, and we're thrilled that we had the opportunity to work together and bring so many new and exciting games into the world. As much as we have enjoyed creating these games, our current licensing term is coming to an end." 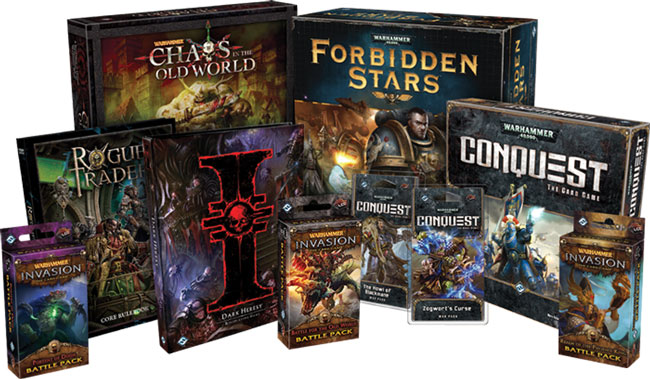 The end of the licensing agreement means that effective February 28, 2017, Fantasy Flight will no longer be selling any of the games produced in conjunction with Games Workshop. There will be no announcements of any new products, and any products already announced will be released before that date. Furthermore, any existing product lines from the partnership will no longer be sold after Feb. 28. Those lines include:

Fans are already snapping up copies of these titles, and you can bet that you'll be seeing them on eBay and similar sites soon for a substantial markup.

This is honestly the end of an era. Although Fantasy Flight will certainly continue to be successful - heck, Twilight Imperium took over The Escapist's offices for quite some time, and the company still has a deal to make Star Wars games - that's a huge list of games and products to lose. Hopefully, Games Workshop has plans to do something with them all.