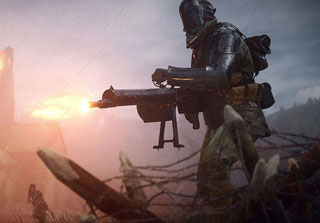 With the Battlefield 1 beta behind us, EA has now released the Recommended PC Requirements for the upcoming shooter.

The Battlefield 1 beta had over 13 million participants. Prior to it kicking off, EA shared the minimum system requirements, and now they've released the recommended specs as well.

Although the recommended requirements aren't overly onerous, it looks like you'll need at least a GTX 1060 to hit them. Here's just how much rig you need:

While they aren't asking for a bleeding edge machine, there's definitely some horsepower needed if you're going to crank Battlefield 1 to the max. If you're playing at higher resolutions, these requirements could go up even more.

Battlefield 1 is launching on PC, PS4, and Xbox One on October 21. If you're looking to see what's included in the Premium Pass, you can find out here.