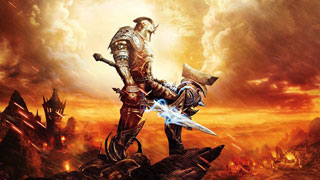 The legal battle over a Rhode Island loan to 38 Studios looks to finally be nearing its conclusion.

After four years, it looks like the lawsuit between the state of Rhode Island and 38 Studios will finally be resolved soon, reports the Boston Globe. Back in January, the Rhode Island legislature passed a bill encouraging settlements in the 38 Studios case, and another settlement was made this week.

38 Studios founder and former Boston Red Sox pitcher Curt Schilling and three other defendants from the studio have agreed to pay out a $2.5 million settlement. Of course, they won't be paying it individually. Instead, it will be paid by the Starr Indemnity and Liability Co., which insured 38 Studios.

The Rhode Island Commerce Corporation has asked the court to approve the settlement, as its lawyers feel that this amount would represent more than they could recoup if it won the case against the former game developer. The court filing reads,

"This is a highly unusual case in which it makes no economic sense whatsoever for the parties to proceed to trial rather than proceed with the proposed settlement."

As is typical for settlements in cases like this, it includes the defendants denying any liability, and admitting no wrongdoing. We already knew that there would be no criminal charges in this case, as was announced in August.

If this settlement is approved by the court, the Rhode Island Commerce Court will have recouped about $45 million in settlements against the original $75 loan. One lawsuit is still outstanding - the one filed against 38 Studios financial adviser First Southwest Co.