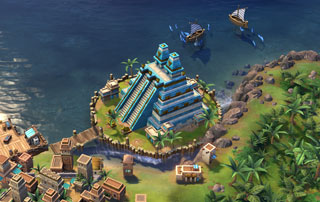 2K has rolled out the PC system requirements for Civilization VI, and they're not going to stand in the way of your world domination.

If the main PC game on your radar is Civilization VI, we now know just how much PC you're going to need to take over the world. 2K released the PC system requirements today, and they don't look that onerous at all. If you have an i3 running at 2.5 Ghz and either a NVIDIA GTX 450 or AMD 5570, then you can play the game.

Here are the specs:

As you can see, you probably won't need to upgrade much for Civ VI. If you do need to upgrade, you'll want to get it done before Civilization VI launches on October 21.