CJ Miozzi goes into detail on all the studios ex-Blizzard staffers have founded.

Earlier this month, Blizzard VP and story guru Chris Metzen shocked us all by announcing his retirement. Earlier in the year, Diablo 3 game director Josh Mosqueira also announced he was leaving the company, and making his own studio alongside some other ex-Blizzard staffers. But this kind of exodus isn't new to Blizzard, it's been happening pretty much since the studio first started getting big. CJ "Rhykker" Miozzi goes into detail on all of the movements of the staffers in his video to the right, and the info-graphic below shows us all the info in pictorial form. 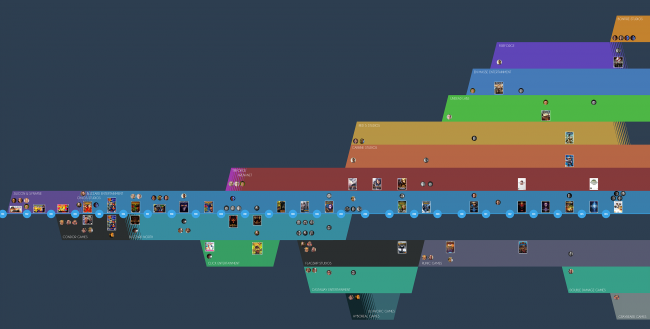 As you can see, ex-Blizzard staffers have gone on to make some pretty great things (Torchlight, Guild Wars) as well as some... less great things (does anyone else remember Hellgate: London? Unfortunately, I still do). Triforge Arenanet, was the first "major" exodus, but it looks like the newly announced Bonfire Studios will be the biggest studio formed by ex-Blizzard staffers since Flagship Studios.

I have my fingers crossed that Bonfire can do good. Josh Mosqueria all but brought Diablo 3 back from the brink of death after Jay Wilson ruined it, so I've no doubt of his ability. What do you guys think?