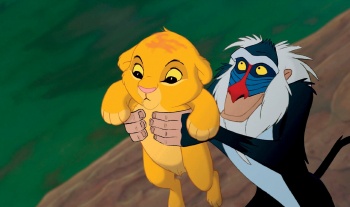 The "reimagining" will be helmed by Jon Favreau.

After the likes of Cinderella and The Jungle Book, Disney has decided that the next animated movie to get the reboot treatment will be The Lion King. The company announced today that it is on the "fast track to production," which likely means we'll see it before the sequel to The Jungle Book, which is also in the works. Both projects are set to be directed by Jon Favreau.

Technically speaking, the new version of The Lion King might be the first entirely animated "reboot" movie Disney will be doing. Despite often having extensive CGI - almost all of The Jungle Book and a good portion of Maleficent - there were human characters. Unless there are significant changes to the story, that won't be the case with The Lion King.

The original Lion King was released in 1994 and has grossed over $968 million worldwide. It won two Academy Awards, spawned a franchise, and got a Broadway adaptation. It is one of the most successful animated movies in history - of course it was on the shortlist to be "reimagined," as Disney puts it.

The next Disney reboot film will be Beauty and the Beast, which is scheduled to appear in theaters March 17, 2017. Disney's track record for the release of these films is currently set at one a year, which means that, if fast-tracked, The Lion King will aim to open midway through 2018 - even if that is a very quick turnaround time for something that requires such extensive effects work. No release date has been announced at this time.