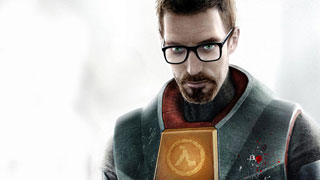 Director J.J. Abrams says that both the Half-Life and Portal movies are in development now.

We've been hearing about movie adaptations of Half-Life and Portal for years now, and this week, director J.J. Abrams confirmed to IGN that both it and a movie adaptation of Portal are "still very much in development."

Abrams said that we might hear more, including an official announcement of the Portal film, in the near future. "We have a meeting coming up next week with Valve, we're very active, I'm hoping that there will be a Portal announcement fairly soon."

The partnership between Abrams and Valve's Gabe Newell was announced at the DICE Summit way back in February of 2013. Even though it's been more than three years, we still haven't heard much more about these films than "We're working on it." Hopefully, that will change soon.

In the meantime, it's worth thinking about who could take on the role of the iconic silent protagonist. Here are five actors we really thought would be great as Gordon Freeman.