The first expansion for Ashes of the Singularity promises to greatly extend the depth of Stardock's RTS.

Set late in the 22nd century, Ashes of the Singularity features humans fighting for survival against an enemy known as the Substrate. Using a vast army of semi-sentient machines, you are tasked with retaking a number of captured worlds for the humans. 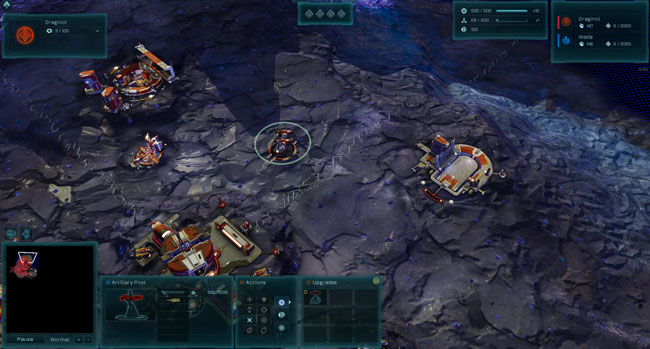 When Ashes launched last spring, we were impressed with its RTS gameplay, and our Editor-in-Chief, Josh Vanderwall, called it "stellar." It was the first game on Stardock's new Oxide engine, and the tech and visuals were very impressive. Unfortunately, it also lacked depth. Stardock is looking to address that complaint with the upcoming expansion for the game, titled Escalation.

Stardock CEO Brad Wardell spoke with The Escapist about the expansion, saying,

"The base game of Ashes of the Singularity was intended to be limited in scope," said Wardell. "As The Escapist noted in its review, it was a promising start for a brand-new RTS engine, but it also was a little light in strategic depth. With Escalation, we've added a number of new units and a lot of new defensive structures."

Escalation adds six more units for each faction, taking the 15 unique units each had at launch to over 20 (note that Stardock added three units per faction in its previously released Summer Update). You can learn more about the base units in our series on the units of Ashes.

"The idea with Escalation is to give players enough tools to build whatever strategy they want," explained Wardell. "Each defense and each new unit has a very specific purpose. They're not simply 'tougher version of other unit.'"

For example, Escalation includes a new unit called the Masochist that redirects enemy damage towards itself. The new PHC Strategic bomber is extremely effective against a single structure but impractical for dealing with large swarms of enemies.

Stardock plans to have Escalation available in November. It will set new players back $39.99, but if you already own Ashes of the Singularity, you can pick it up for $19.99. You can find Ashes on Steam.

Thanks to Stardock for the exclusive screenshots below!