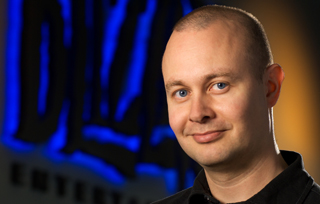 Long-time World of Warcraft game director Tom Chilton is moving on to an unnamed new project inside the company.

Tom Chilton is a familiar name on World of Warcraft's design team. He started out as a senior game designer in 2004, and was later promoted to game director, a position that he held until yesterday. That's when Chilton announced in a forum post that he was leaving his long-held position for a new opportunity "Just down the hall."

Chilton wrote that "it's with a mix of excitement, sadness, and gratitude that I'm saying farewell to the WoW team and moving on to a new adventure within Blizzard." He doesn't mention what his "new adventure" will be, saying only that it's "another project within the company."

The vacancy left by Chilton's departure will be filled by Ion Hazzikostas, himself an eight-year veteran of the WoW team. Chilton said of Hazzikostas, "I know that WoW will be in great hands with Ion at the helm. He's been an integral part of the team for more than eight years and has contributed to so many aspects of the game's development-from class design to encounter design and nearly everything in between. He also has an amazing team at his side-the same epic crew that brought you all the content you're enjoying in Legion."

While the changes to the WoW team are interesting, I find the idea of a new, unnamed project inside Blizzard even more intriguing. Could it be that there's a WoW successor in the works, or is Chilton taking his skills to a new genre, or a completely new IP?

Whatever the answer might be, he's certainly leaving on a high note. World of Warcraft: Legion sold 3.3 million copies on its launch day, matching the record set by the Cataclysm expansion.