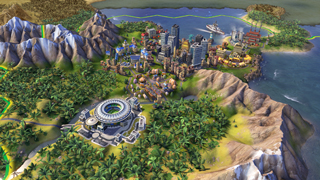 If you want to see the outcome of eight AIs duking it out in Civilization VI, Firaxis will stream the match next week.

If you love playing Civilization, or just wish it was a spectator sport, Firaxis has something planned that may interest you. Next week, the developer will team up with publisher 2K to stream what they are calling the "AI Battle Royale." This was announced in the Tweet embedded below.

Starting at 3:30 PM ET on October 19, you'll be able to watch the stream on 2K's Twitch channel. It will feature 8 AI civs battling for supremacy as devs from Firaxis look on and provide commentary. The eight civs that will be participating are the Aztecs, Brazil, England, Greece, Japan, Rome, Russia, and Spain.

What we've seen of Civ VI so far has been promising, as you can see in this preview by our Editor-in-Chief, Josh Vanderwall. It should be fun to watch the various civs beat each other to a bloody pulp, although it just won't be the same without Ghandi in there to chuck some nukes around.