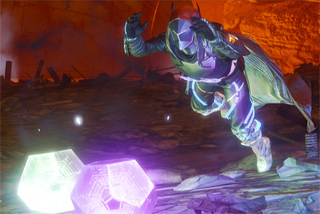 Next week's Destiny update is bringing higher light levels and drop rates, as well as Wrath of the Machine's Heroic Mode.

The next Destiny update will hit next week, and it brings the Heroic Mode of Destiny: Rise of Iron's Wrath of the Machine raid. Alongside that release, Bungie is raising the maximum Light Level to 400.

Of course, that also means that the rewards you can receive will have their Light Levels increased as well. Bungie says in their latest update that,

These changes mean that there are more ways for players to increase their Light Level, which will allow them to gain access to the new content more quickly. Bungie also says that players in Wrath of the Machine, Trials of Osiris, and Iron Banner will now receive "higher Light on average, compared to your current Light."

In addition to the changes to Light, Bungie is also fixing an issue that had been plaguing players: drop rates for Ghosts and Artifacts. In the 2.4.1 patch, players should see higher drop rates from Faction Packages. Bujngie explains:

The new update is expected to roll out at around 1 PM ET on Tuesday, October 18. The Heroic Mode for Wrath of the Machine won't kick off until 5 PM ET that day. Bungie says that the delay is to "ensure that all World-First-hopeful Fireteams have time to download the update."