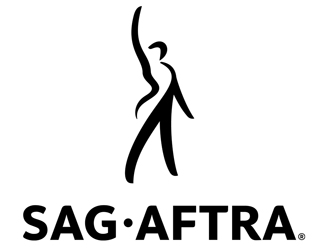 After more than 18 months of negotiation, video game voice actors will go on strike unless a deal is reached this week.

The vast majority of video game voice actors may be on strike come Friday, October 21. Since February of 2015, negotiations have been going on between SAG-AFTRA (the union that represents video game voice actors) and companies in the video game industry. The union is pushing for a new deal because of what it calls, "radical changes in what we are required to do on set and in the recording studio."

Those changes are detailed in the official strike notice, which says,

"Games have evolved to provide increasingly immersive and cinematic experiences that compete with television and theatrical motion pictures for consumer dollars. It is time for this now mature industry to pay and treat professional performers according to the standards and precedents that our union has established and defended for generations."

Before the strike commences, the union says that it will hold a series of meetings today, tomorrow, and Wednesday in a final attempt to reach a new contract agreement. However, a post on the union's site doesn't hold out much hope of a positive outcome. It reads,

"Despite years of concerted effort and negotiating sessions, video game employers have steadfastly refused to reach a fair deal during our contract negotiations... Based on past experience, we are not confident management is willing to make the changes necessary to bring this contract up to the standards of our other agreements."

The post also gives a list of the video game companies that will be affected by this strike if it kicks off on Friday.

"Unless you hear differently from us, effective Oct. 21 at 12:01 a.m., you should be prepared to strike the following video game employers with regard to all games that went into production after Feb. 17, 2015." The list includes:

"All games that went into production after Feb. 17, 2015," is a pretty big list of affected titles, but it's still possible that some games won't be affected. "Not all games or video game employers will be struck. Please check back soon for a list of video games to strike."

Obviously, this could have major impacts on games that are currently in development. A voice actors strike - especially one that lasts a while - could have some lasting repercussions on the industry. We'll keep an eye on developments in this story as the week goes on.