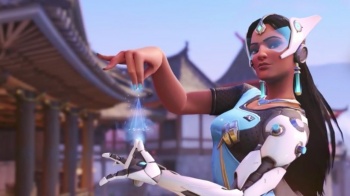 The next Public Test Realm patch for Overwatch will have much more significant changes than we've seen in the past.

I've got some good news and bad news for Overwatch fans today. Blizzard's Geoff Goodman commented on the official forums with a breakdown of the game's upcoming Public Test Realm patch aims, and says that this time around, the changes will be much more significant. But unfortunately for Symmetra mains who have been patiently awaiting her long-overdue buff, her rework will not be included.

"This time around, the PTR is likely to be around a bit longer than before, so we're taking this opportunity to try out some more significant hero changes, and the push more significant iterations throughout this PTR cycle," said Goodman.

"One quick note, since I already know this will come up. There aren't any Symmetra changes for this patch. Her changes ended up being much more significant and require more time to finish up, but shes feeling pretty great internally so hopefully we can get her out there pretty soon," he added.

Goodman stressed that unlike other PTR cycles, this time it is very unlikely it will make it through unchanged.

It looks like Blizzard wants to experiment with some big, sweeping changes, rather than smaller tweaks. I'm sad that Symmetra isn't getting the love she so desperately needs though. I love her character but in the current meta, she is really only ever useful on the first point of defense in assault maps.