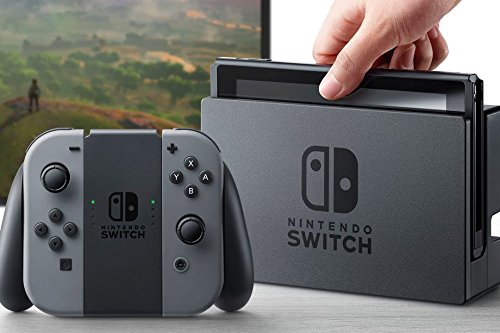 The Switch features a docking station that connects the system to the TV, but will instantly transition to portable play when removed from the dock. It also features a controller that detaches on both sides that can be used solo, or two players can each take one. "They can easily click back into place or be slipped into a Joy-Con Grip accessory, mirroring a more traditional controller," a press release reads. "Or, if preferred, the gamer can select an optional Nintendo Switch Pro Controller to use instead of the Joy-Con controllers. Furthermore, it is possible for numerous people to bring their Nintendo Switch systems together to enjoy local multiplayer face-to-face competition."

You can watch the reveal trailer below, and check out a gallery at the end of the post.

"Nintendo Switch allows gamers the freedom to play however they like," said Reggie Fils-Aime, President and COO of Nintendo of America in a press release. "It gives game developers new abilities to bring their creative visions to life by opening up the concept of gaming without boundaries."

Below are a list of companies that have announced support for Nintendo Switch: