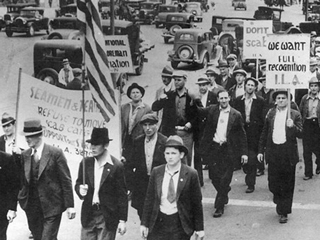 The video game voice actors strike that was threatened last week has officially commenced. The union said last week that it would be trying to reach an agreement, but that it was "not confident" in reaching a resolution.

On its website, SAG-AFTRA says that "A last attempt to reach an agreement with video game employers this week was not successful. Management remains unwilling to agree to fair terms that would bring the interactive contract into the 21st century. Therefore, as of 12:01 a.m. PT today, SAG-AFTRA is on strike against the following video game employers with regard to all games that went into production after Feb. 17, 2015:"

Earlier this week, Scott J. Witlin, the attorney representing the "coalition of Interactive Video Game Publishing Companies" that is negotiating with SAG-AFTRA, issued a statement saying that,

"We have negotiated in good faith for the past 18 months with SAG-AFTRA union leaders, and are making progress toward a new contract. We are deeply disappointed to learn today of the Union's threatened strike and its unilateral violation of the mutually agreed upon 'news black-out' on negotiation discussions.

We consider the Union's threatened labor action to call a strike precipitous, unnecessary and an action that will only harm their membership. SAG-AFTRA represents performers in less than 25% of the video games on the market. Any strike would not only deny SAG-AFTRA's membership work, but this would also give their competitors, who do not engage union talent, a leg up while any strike would be in place."

In announcing the strike, SAG-AFTRA said that "During a strike, it is critical that all members demonstrate solidarity so that we can present a united front to management. If you work for one of the affected productions, it's your responsibility to honor the strike, but even if you're not, your support is needed." The union also says that it plans to form a picket line outside EA's offices on Monday, October 24.

It remains to be seen how the strike will affect the video games that are currently in production, but Witlin says that the group of companies doesn't expect there to be a major disruption. "We anticipate minimal impact on current and near-future game releases," he said.