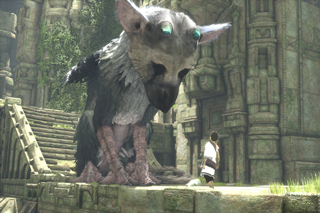 Some thought that we might never see The Last Guardian, but it's finally gone gold.

The Last Guardian has been in development for almost a decade. It was first shown off at E3 in 2009, and has popped up at Sony press events here and there ever since. In its current incarnation, it was included in Sony's E3 2015 presentation, and after (another) delay, was slated for a release in December 2016. Now the long-awaited game has gone gold.

The news came from the Twitter account of Sony Japan producer Jun Yoshino, who has been working on The Last Guardian. In the tweet (since deleted), Yoshino said, "Gone gold. Waddup."

It looks like The Last Guardian may actually hit its December 9 release date. If it does, the next question will be whether or not the game is worth the wait. For that, we'll just have to wait and see.