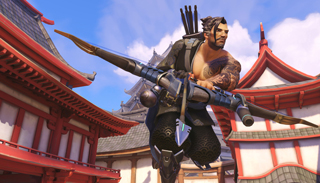 Blizzard is prepping for the third season of Overwatch Competitive Play, which will kick off on December 1.

The second season of Competitive Play in Overwatch is still in progress, but Blizzard is already preparing for Season 3. One of the biggest changes players will see is a change to the amount of downtime between seasons. Season 2 will conclude at 7 PM ET November 24, and Season 3 will kick off one week later on December 1. During that week, you'll see a timer displayed that counts down to the start of the next season.

As you'd expect, Season 3 will bring with it some changes to the game, and it sounds like most of them will focused around matchmaking and rankings. In a post on the official Overwatch forums, designer Scott Mercer explained what those changes would be.

Blizzard is testing what Mercer calls "a different way of determining your starting SR for Season 3." Rather than wipe all stats and start everyone fresh, Blizzard will start you off in Season 3 with a slightly lower Skill Rating than you had in Season 2. Of course, that will affect some players' skill tiers as well. Mercer says,

"This change will mean that some players will not start in the same tier for Season 3 that they were placed in for Season 2, and that your SR gains from winning will be a little higher at the beginning of the season. After you play enough matches, however, your SR gains and losses will go back to normal."

All of these changes are being tested on the PTR right now, so if you want to see how things are changing, you can head over there and check things out.