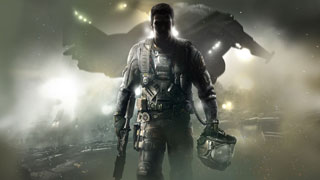 Activision has rolled out the minimum system requirements for Call of Duty: Infinite Warfare.

It's just about a week until Call of Duty: Infinite Warfare is released, and Activision has announced just how much PC you'll need to run the game. Thanks to the game's Steam listing, we now know the minimum requirements for the upcoming shooter.

Of course, the recommended requirements are still under wraps, but at least you'll know if you have enough horsepower to start the game up.

Of particular interest is the required hard drive space. While the requirements above list 70 GB as the minimum, we learned two weeks ago that if you include the Call of Duty 4 remaster, the day one patches for both games, and the multiplayer maps planned for the rest of the year, it's estimated at a whopping 130 GB.