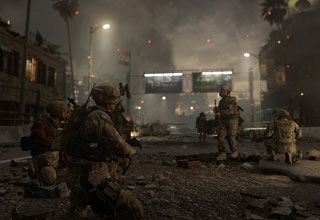 This Friday, Call of Duty: Infinite Warfare will hit stores. Packed inside the box will be a second Call of Duty title: the remastered version of Call of Duty: Modern Warfare. In fact, this is the only way to get the new remaster, at least for now.

If you're planning to play on PC, you're probably wondering just how much hardware you'll need to run it. Activision has announced the minimum system requirements for the remaster over on their support site. Here they are:

As you probably noticed, these requirements aren't quite as demanding as those for Infinite Warfare. That being said, they're (unsurprisingly) still a lot steeper than the original game was nine years ago.