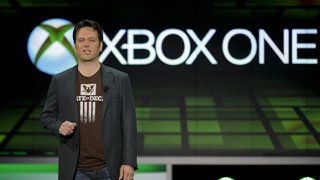 Microsoft's Phil Spencer thinks that VR still has a long way to go before it's something the company will consider.

A lot of people are excited about VR these days. Sony has just launched its own mass market VR headset for the PS4, and so naturally all eyes are on Microsoft to see if it will follow suit. But don't hold your breath for VR on the upcoming Project Scorpio, as Xbox head Phil Spencer doesn't think that VR is quite ready yet.

"Most of these things I'm playing now feel like demos and experiments," Spencer said of VR to Australian magazine Stevivor. "I still think the creative community has to get its arms around what are these new tools, and this new feeling - this new immersion."

He continued to explain that VR hasn't found its "Dance Central" yet. "Kinect turned into the Dance Central box," he summarized. "It didn't map to controller in any way ... It just said, 'see something, do something and the game reacts', those were what turned into the right Kinect games. They didn't have a map to what happened in the kind of traditional controller-based games and I think VR will be the same."

He also doesn't like the fact that VR headsets are still tethered to their devices with a cable. "In the long run, we need untethered solutions. You need to have the compute capability not be wired to my display that's on my head. That means I either have some kind of high-bandwidth wireless HDMI or I have compute here."

All that said, he did stress that Project Scorpio is being designed as a VR-capable device, so when VR is finally "ready," Scorpio will be able to run it.