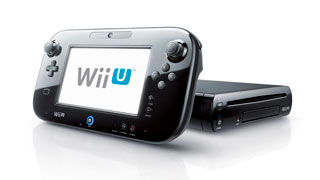 Contrary to what you might have heard, Nintendo is not going to stop making the Wii U just yet.

Yesterday, Eurogamer reported that sources had told them that Nintendo was about to halt production of the Wii U. Today, the company said that rumors to that effect were not accurate.

According to a translation by Kotaku, a Nintendo spokesperson told Japanese site IT Media that, "There is no change to our continuing [Wii U] production." Apparently the spokesperson did not know the particulars of Eurogamer's article, but plainly said that any report the Wii U production would end "was not true."

The spokesperson went on to say that, "Even though the Nintendo Switch is slated to go on sale, [Wii U] production is scheduled to continue."

This isn't the first time that we've heard that Nintendo would close out its Wii U production. Back in March, a rumor to that effect circulated, and it too was later debunked by IT Media.

While it would certainly make sense that Nintendo would be looking to cut Wii U production (or halt it altogether) once the Switch launches, it seems unlikely that they'd stop production now, when there's not even any more Switch info coming until next year. But Nintendo has a history of denying reports that later turn out to be true, so I guess we'll just have to wait and see what happens.