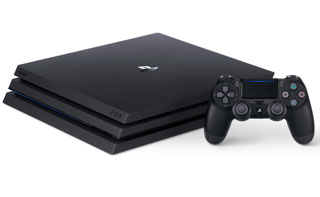 Sony has released a list of all 41 games that will support the PS4 Pro when it launches next week.

Announced back in September, the launch of the PS4 Pro is now just a week away. This morning, the EU PlayStation Blog posted a complete list of the games that will support the upgraded console at launch.

There are 41 games that will have support for PS4 Pro features when the console launches next week. Here's the list:

In addition to that list, there will be more games supporting the console that are set to launch in the weeks to come. Those include Watch Dogs 2, Killing Floor 2, The Last Guardian and Final Fantasy XV. After the first of the year, you can expect Nioh, Resident Evil 7 Biohazard and For Honor to join the list. Sony also reiterated that starting in 2017, all first-party games will include PS4 Pro support.

The PS4 Pro will launch in North America, Europe, Australia, and Japan on November 10.