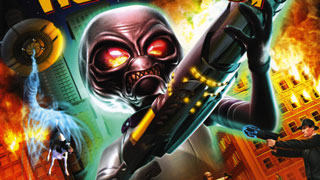 THQ Nordic announces that Destroy All Humans has been remastered and released digitally on PS4.

THQ Nordic announced today that it has released a remastered version of Destroy All Humans on the PlayStation Store for $19.99. The company had previously acquired the rights to the franchise

"We're happy to finally answer fans' questions about what's next for the Destroy All Humans franchise. Remastering the original for PS4 somehow makes every bovine encounter and governmental mishap even funnier - Crypto is at his absolute best on PS4!"

It's great to see Destroy All Humans coming back. The first game was really enjoyable, and hopefully this remaster will lead to a new game in the series, as THQ Nordic said back in June that they were "thinking about what to do" with the IP.