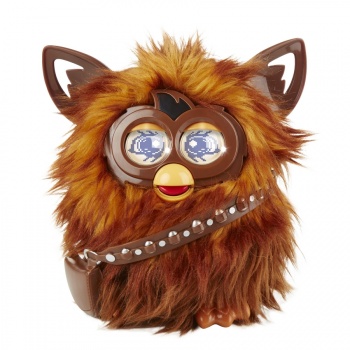 The Chicago Cubs won the World Series and now we're getting a Furby movie. The apocalypse is coming.

Hasbro can't leave well enough alone. Despite most of its property's movie adaptations being terrible - Battleship, the first Ouija, G.I. Joe - they make money, and when you're a business that's your number one priority. Fine. But even Hasbro can't be totally sold on a movie based on Furby, right?

Speaking at the American Film Market, Bob Weinstein - along with a couple of Hasbro executives - announced that a Furby movie is in the works. It will be produced by the TWC-Dimension division of The Weinstein Company, and will, unfortunately, be a mix of live-action and CGI.

Isn't Furby an odd property to be making into a film, though? I mean, those things were really popular ... 15+ years ago. Nowadays? Do kids now even know what a Furby is? And if they do, do they really want to watch them on a screen instead of playing with them? Transformers? Okay. I understand that. You can create CGI robots and have them smash into each other, basically bringing a kid's imagination to life (in theory; we know how it worked out). But Furby? I can't be alone here in thinking this makes no sense and also sounds like a horrible idea?

Even the Hasbro executives seemed to think this is a joke. No director is attached, but one of them quipped "We're out to David Fincher."

Whatever, movie industry. Keeping giving us toy advertisements dressed up as films.

For probably unrelated reasons, that reminds me: I have to see Trolls in a couple of hours.