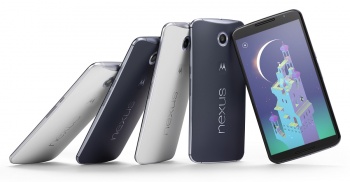 Google's market share is much bigger than you'd think.

On the surface (especially in the US), you would assume that Google and Apple have a healthy competition when it comes to smartphone adoption. However, the real story is that Google is absoltuely crushing it with Android, as a new report suggests that almost 9 out of every 10 smartphones is running Google's operating system.

Android shipped 328.6 million units in the three months to the end of September, while Apple only moved 45.5 million iPhones, according to the Strategy Analytics (via CNBC) report. This means Android made up 87.5 percent of global smartphone market share.

The report shows that Google is up 10.3 percent year-on-year, while Apple is down 5.2 percent. According to Apple's own earning results, we are in the third straight quarter of decline in iPhone sales. I guess the iPhone 7's courageous move didn't pay off for Apple.

As for Microsoft, BlackBerry, and Samsung's proprietary operating systems - they have "all but disappeared". Collectively, they only make up 0.3 percent of total market share.