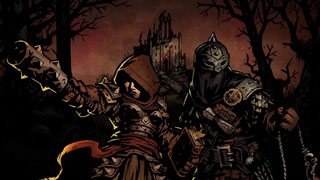 Stress-laden RPG Darkest Dungeon has now sold over a million copies, and the devs still plan to add mod support and more.

If you've spent your free time delving into the darkness below your ancestral home, you're not alone. Red Hook Studios has announced that Darkest Dungeon has now sold over a million copies. The news came in a blog post on the official Darkest Dungeon site.

Unsurprisingly, the bulk of the sales have come on PC. The game has only been available on PS4 and PS Vita since late September, and sales there have only accounted for about 50,000 copies so far.

The company said of the milestone, "Darkest Dungeon has already been a ride beyond our wildest expectations. We hope you continue with us into all the uncharted realms ahead. Until then, cinch your harness, ready the anti-venom, and continue the good fight...or douse the torches and search dark corners for gold. The choice is yours..."

In addition to celebrating the sales milestone, the post also talks about plans for upcoming content. Not only does it mention the previously announced DLC, which is scheduled for next year, but it also makes reference to the planned addition of Steam Workshop support. No timeline is given, but the post does confirm that official modding support is in the works. There's also a mention of official merchandise as well.

Most interestingly, the post confirms that Red Hook will be making another game once Darkest Dungeon is complete. No word on what the next game might be, as they just call it "Game 2," but it's still going to be interesting to see what the follow-up will be.